This release contains: 1 Related Document Like the rest of the Civic family, the new Civic Si Coupe and Sedan significantly benefit from advances in-vehicle connectivity and audio performance with a new generation of cutting edge technologies.

This release contains: 1 Related Document, 81 Photos Six-speed manual transmission joins the turbocharged Civic lineup, now standard on Sedan and Coupe EX-T trims Civic is the best-selling compact car of 2016 with sales up 15.4% through August Arriving in showrooms starting tomorrow, the Civic Sedan and Civic Coupe aim to retain their position as members of the best-selling compact car nameplate in America with the expanded application of manual transmissions for the 2017 model year. Building on the fun-to-drive character of the 10th-generation Civic lineup, the 2017 Civic offers customers more choice with a 6-speed manual transmission as standard equipment on the turbocharged Civic Sedan and Coupe in EX-T trims. The 2017 Honda Civic starts at a manufacturer’s suggested retail price (MSRP) of $18,740 1 for the Sedan and $19,150 1 for the Coupe

2017 Honda Accord Sedan Available in Everett 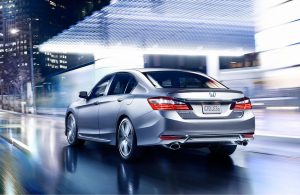 A top competitor in the midsize sedan field, the 2017 Honda Accord Sedan Available in Everett has been getting rave reviews from auto experts and writers everywhere. It’s no wonder. With its sporty looks, powerful engine choices, and generous array of standard features, the 2017 Accord continues to be a favorite go-to among the Honda …

END_OF_DOCUMENT_TOKEN_TO_BE_REPLACED 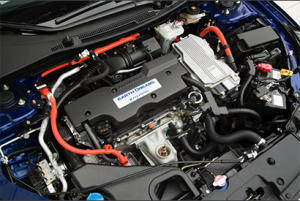 This release contains: 1 Related Document Offering a significant powertrain upgrade from the previous Accord Hybrid, the 2017 model features the second-generation Intelligent Multi-Mode Drive (i-MMD) two-motor hybrid powertrain. This sophisticated, refined and seamlessly operating system further extends the Accord Hybrid’s advantages over its competitors with even more power and fuel efficiency. 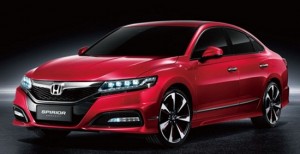 Some of the most popular cars are Honda sedans, and the Japanese car manufacturer continues to impress with its selection of 2017 Honda Sedans Coming Soon to Everett. These include a brand-new hybrid model for the highly-acclaimed Accord, as well as an updated version of the Honda Civic which includes a new hatchback model. There are …