This release contains: 1 Related Document NOTE: Information in this document is preliminary, subject to change without notice, and intended for media use–not for consumers. 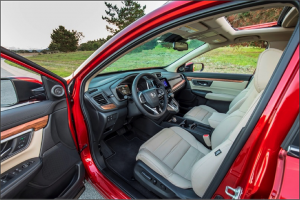 This release contains: 1 Related Document The CR-V has long been known for its accommodating and versatile interior. The all-new CR-V builds on that legacy with an even more spacious and space-efficient interior – the roomiest CR-V cabin yet – boasting top-class interior space, best-in-class rear seat legroom, a more voluminous cargo area and the easy utility of the new one-motion dive-down 60/40 split rear seat. 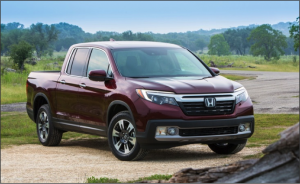 This release contains: 1 Related Document Modern and stylish, rugged and sporty, the new 2017 Ridgeline’s exterior advances Honda’s midsize pickup to the forefront of its class in design and functionality.

This release contains: 1 Related Document The all-new 2017 Honda Ridgeling comes in a total of seven trim levels, a choice of 2WD or AWD systems, and many valuable new features, including available Honda Sensing™, to provide every customer with a version to fit their active lifestyle. 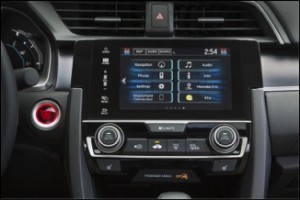 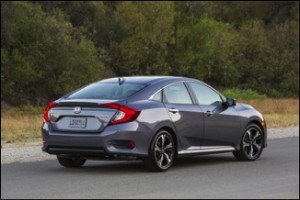 This release contains: 1 Related Document The creation of this new 10th-generation Civic represents one of the most comprehensive and ambitious new-model developments ever undertaken by Honda, requiring an unprecedented commitment of R&D resources and Honda engineering prowess. While the development of the Civic Sedan was led by a North American team – a first for Honda and Civic – the overall Civic series involves design and engineering teams from Honda R&D, sales and manufacturing operations around the world, especially in North America and Japan, but also in Europe, South America and Asia. In seeking to realize a “dynamic rejuvenation” of Civic and create a new interpretation “in a league of its own,” as the development team defined its mission, Honda engineers set out early during platform development to benchmark the world’s best C-segment vehicles—not only products in Civic’s traditional competitive set, but luxury compact class vehicles such as well