2012 Honda Civic Hybrid: The Most Fuel-Efficient Sedan In America 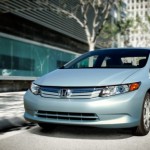 Thanks to a thoroughly upgraded powertrain, the all-new 2012 Honda Civic Hybrid has captured the title of “most fuel-efficient sedan in America”—boasting EPA-estimated ratings of 44 mpg city/44 mpg highway/44 mpg combined. Those marks are up notably from the 2011 model’s very impressive line of 40/43/41, and Honda engineers worked diligently to achieve this kind of performance 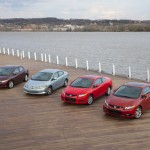 Honda has launched an online scavenger hunt today, calling it the most ambitious digital quest ever created. With 30 unique clues and seven unique pieces of custom content, “The Super Civic Quest” will reward problem-solvers with Facebook Credits and free Amazon MP3 music downloads. The promotion can be found within the Honda Civic’s Facebook page . 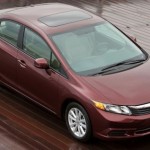 As gas prices hover around $4 per gallon in many cities, small cars are in high demand as fuel-efficiency becomes a top priority. Not only does the latest crop of small nearly reach or exceed 40 miles per gallon on the highway, but these cars aren’t the “ecoboxes” of years ago. 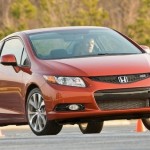 At first glance, the all-new 2012 Honda Civic may not look too different from its predecessor, but it has received ample changes. In fact, it weighs less, it’s more fuel efficient, and it gives consumers even more to love. While the styling may mimic that of the 2011 model, the ninth-generation Civic features broader shoulders and a more defined rear end. 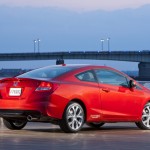 Honda will once again become a proud sponsor of the Sasquatch! Music Festival . Honda will use the festival, which is held over Memorial Day Weekend in George, Washington, to highlight the all-new, ninth-generation Civic . This marks the second year in a row that Honda will present the Big Foot Stage and a Honda Zone.