This release contains: 1 Related Document, 1 Photo Good morning, everyone! Whether live, here in Detroit or, for a good many more of you, joining via our Livestream.

This release contains: 1 Related Document, 2 Photos Odyssey with 4G LTE Wi-Fi offers unlimited data for $20/month Odyssey owners can stream video and music content and browse the web The all-new 2018 Honda Odyssey fulfills its mission to keep everyone in the family happy, in part by being the first minivan to offer 4G LTE in-vehicle Wi-Fi to support streaming video, music and more. Owners of the 2018 Odyssey Elite and Touring trims in the U.S 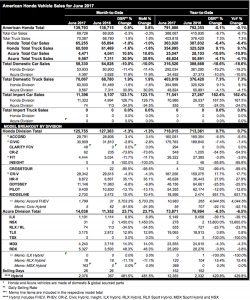 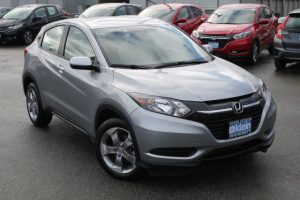 Interested in purchasing a quality CPO Honda? Let Klein Honda of Everett help you in your search. We have a large inventory of Certified Pre-Owned Honda SUVs Available in Everett to choose from. When you decide to buy a CPO Honda, not only do you get a top-notch vehicle, but you gain the reassurance of …

END_OF_DOCUMENT_TOKEN_TO_BE_REPLACED

This release contains: 1 Related Document, 3 Photos Indianapolis 500 victory highlighted in monthly racing recap Series viewership expands with new broadcast, cable partners Total reach now extends to 135 million households Takuma Sato’s thrilling victory in the 101st running of the Indianapolis 500 is featured in the latest edition of Honda Racing: at Speed, the monthly recap of Honda Racing and Acura Motorsports activities. The new episode recently premiered on MavTV, a variety of other broadcast and cable providers, and on the Honda Performance Development YouTube channel: https://www.youtube.com/watch?v=qvqVNyhyqhA . May was a banner month for Honda Racing, including Sato’s historic victory at the Indianapolis 500, Formula One champion Fernando Alonso’s foray into Indy car competition at the “500”, Scott Dixon’s thrilling pole run and the Indianapolis debut for Acura sports car team Michael Shank Racing.

This release contains: 1 Related Document, 2 Photos The 2017 Civic and Fit have been included in KBB.com’s 10 Coolest Cars Under $18,000 list, with Honda being the only brand with multiple vehicles recognized.

This release contains: 1 Related Document The all-new 2017 Civic Type R is the fastest, most powerful Honda and the first-ever Honda Type R model to be sold in America. 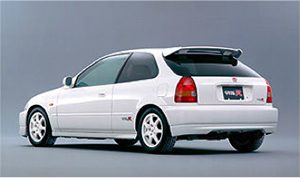 This release contains: 1 Related Document In the culture of Honda worldwide, the designation “Type R” (for “Racing”) has a long and proud history. Models that wear the Type R badge date back to the early 1990s and are focused on ultimate performance, often with reduced weight, track-oriented aerodynamics and many other performance enhancements.